This Slimming world friendly Lentil and vegetable moussaka is vegetarian but loved by meat-eaters too as it’s full of flavour. Extra easy to make for all the family.

400 grams Can of Chopped Tomatoes

Spray aubergines with a little low-calorie spray and griddle on both sides until starting to colour and soften. Careful you don’t allow them to soften too much or they are hard to pick up later in the recipe.

Spray a large frying pan with low-calorie cooking spray and add onion. Fry for a few minutes until they are softened but only just colouring.

Add the tinned tomatoes, lentils, courgettes, mixed herbs, sweetener, and cinnamon. Season with a bit of salt and pepper then bring to the boil.

Simmer for 20 minutes or until the peppers are all tender and there is very little sauce left.

Meanwhile using a large mixing bowl mix together the quark, eggs, mustard powder, yoghurt and a little salt and pepper.

Using a large ovenproof dish spoon half the peppers, onion etc mixture into the dish, cover with a layer of grilled aubergines then half of the white sauce. Then add another layer of peppers, courgettes etc, then a layer of aubergine. Finally, top with the remaining white sauce and sprinkle with the grated cheese.

Cook for 30-40 minutes in the centre of the oven or until it is hot through and the cheese is starting to brown nicely. 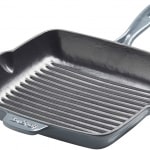 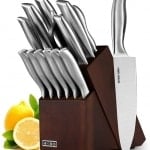 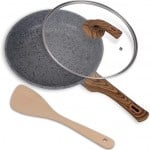 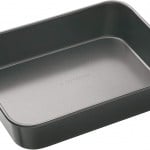