All the information you need about a vegan pregnancy By Louise Palmer Masterton, Stem & Glory

I’m sure all vegans have experienced the (well-meaning) advice from family and so-called ‘experts’ on the subject of veganism but throw vegan pregnancy into the mix, and suddenly it becomes about moral choices. If you are looking for a vegan baby formula that is easily available too.

It seems veganism is ok when it’s about ourselves, but can be questioned when we’re dealing with an unborn child. The idea that we are omnivorous and therefore a vegan diet cannot be safe in pregnancy is a widely held view.

Personally, my experience with being vegan during pregnancy is that it was completely normal. I had no morning sickness, no cravings, no complications, and no deficiencies and delivered both my children safely at home.

For both pregnancies, I did take a pregnancy multivitamin and the recommended folic acid.

I did say to myself when I first became pregnant that if I craved something in pregnancy, then I would eat it. Fortunately, I didn’t have any cravings.

Writing this article got me wondering if my experience was an isolated one, or if in fact, many vegan women experience completely problem-free pregnancies as I did. I spoke to seven women who had been vegan through pregnancy (sometimes multiple pregnancies), and here is what they told me:

Every single one of the women I spoke to remarked on how helpful and understanding their health care team was of their vegan diet. Not one of them, including those with gestational diabetes, was advised to eat animal products. Now this really did surprise me!

Says Che; “in my first pregnancy one of my Midwives was vegan herself and brought vegan biscuits to the antenatal classes. Second time the midwife was very supportive and unphased by the veganism. If anything, my GP and Midwives said ‘well, you don’t eat any of the stuff you have to avoid anyway so that’s good’”

Helen’s experience was also positive: “Two health professionals guessed I was vegan and were highly supportive.   My first midwife appointment went something like this: ‘Have you read the list of things you need to stop?’ ‘Yes.  I don’t smoke or drink or eat those things anyway.’ ‘Are you a vegan then?’ ‘Yes.’ ‘Excellent, I won’t need to persuade you to eat more fruit and vegetables.’ The second was a health visitor at my child’s one-year review.  The conversation went something like this: ‘What is your child’s favourite food?’ ‘Tofu.’ ‘Are you a vegan then?’ ‘Yes.’ ‘Please tell me which cheese to buy.  What is the best milk?  Where do you eat out?’

Emma: “I didn’t tell the midwives that I was vegan because I expected a negative response that I didn’t want to have to deal with at that time. However, in hospital after the birth the team were very supportive in providing me with decent vegan food.”

Two out of the seven women I spoke to however remarked on how terrible the vegan options were whilst they were in hospital!

How do you ensure you get the correct nutrition?

It is recommended in pregnancy for all mothers to take folic acid. With regard to vegan pregnancy, it’s also recommended to take B12 and vitamin D. Half of the women I spoke to did take supplements, but half did not, only taking the recommended folic acid.

Helen, who has been vegan for many years, said: “I always try to follow a balanced diet.  Supplements are recommended to pregnant people of all persuasions.  I took vegan vitamins and iron before, during and after my pregnancy.”

Angie, who was pregnant twice 33 and 40 years ago, and has raised four vegan children, says she “just ate sensibly, mainly fruit and veg. I’d been vegan for 13 years before I became pregnant and had never been unwell so assumed all was ok”

This was echoed by Lee who has been through two pregnancies; “Didn’t even think about nutrition, I just followed what my body craved and had zero nutritional issues”

Emma, who had been vegan for five years and continued to be vegan throughout her entire pregnancy said: “My iron levels were tested as standard and I was told the results were fantastic (without supplementation). I only supplemented folic acid, an algal oil omega 3, spirulina (for B12) and a probiotic, all of which would be useful to supplement in any pregnancy, whatever the diet. The omega 3 was a ‘top up’ since I was already consuming foods such as walnuts, chia seeds, hemp seeds etc.  Throughout my pregnancy I ensured I was receiving the correct nutrition in the same way anybody would, I consumed a healthy diet. I don’t like the way people like to make out that vegans are thinking at every meal about where they are going to get certain nutrients from, it’s nonsense, no one does that.”

Every one of the vegan women I spoke to was very well-researched in vegan nutrition. They were all aware of the need to increase protein intake in pregnancy by 10-20% and did so with greater attention to eating balanced meals.

Not all of them ate protein-rich foods such as tofu, with many preferring natural, pulses, grains and vegetables. One of the women had a pre-existing iron deficiency which was managed through pregnancy, but none of the others developed an iron deficiency.

One of the women not taking supplements increased her iron levels during pregnancy.

What are good vegan staples during pregnancy?

All the women I spoke to followed a wholefood natural diet during pregnancy. None experienced cravings. Two of the seven experienced severe morning sickness and lived on toast for the first trimester. Two were diagnosed with gestational diabetes in the second trimester which they managed successfully on a wholefood vegan diet. Soups and stews were frequently mentioned as ‘go to’ meals. Often mentioned were Marmite, tofu, tempeh, brown rice, aduki beans, lots of fresh organic veg, nuts, miso soup, peppermint tea and ginger.

Helen opted for bland but healthy; When I had morning (all day) sickness I ate a lot of baked potatoes, as I didn’t fancy much else.  Luckily potatoes have vitamins in the skin, and so I felt they were better than other bland things.  I supplemented potatoes with vitamins and iron.  I also remember eating dried mangoes, cucumber, and miso at some points, and drinking orange juice.  When I recovered from the morning sickness, I ate a lot of everything.

For Holly who was also diagnosed with gestational diabetes in her second trimester, nut butters were a life saver due to their high fat/protein and low carb content.

Danielle developed cholestasis in her second trimester which meant she could only eat low-fat foods “so the vegan diet was great for this”.

Atma was vegetarian when she became pregnant but took the decision to go vegan. “Now I was carrying my own child it brought the ethics of the dairy trade to the forefront of my mind, I was unable to ignore it any more” Atma had previously studied macrobiotics, and when diagnosed with gestational diabetes in her second trimester was able to control diabetes by applying macrobiotic principles. Not only did her blood stabilise, but she felt happier, healthier and more clear-headed than ever before.

Well, none of the women I spoke to had any issues with energy levels, and outside of the complications already mentioned, without exception all the women felt healthy during pregnancy. They felt the gestational diabetes was easier to manage on a vegan diet.

Danielle: “I am very strong and the muscle of the household, even when pregnant if something needs lifting, I’m your girl”. I echo this and was practising and teaching ashtanga yoga until days before I had my first child, and full of energy throughout both pregnancies.

Emma said she continued to be vegan whilst breastfeeding and had a wonderful pregnancy with no issues whatsoever: “I wasn’t sick once, I had no cravings, I felt great the whole time, had energy, my skin was the best it’s ever been and I continued to work-out throughout the entire pregnancy. Postpartum I was told I had great colostrum, since my baby only lost 70g initially and I had a plentiful supply of milk, the health visitor actually said I had too much!”

Lee: “I was still climbing over walls for animal rescues at eight months”

Neither I nor any of the women I spoke to reported any nutritional issues during their pregnancies. Gestational diabetes affects just under 10% of the pregnant population and is not thought to be attributed to a vegan diet. Both the women I spoke to that developed gestational diabetes felt that the vegan diet helped them to manage the condition, aside from not being able to eat fruit.

It seems to me that vegan women are far less likely to have nutritional issues in pregnancy as they are already so focussed on good, balanced nutrition. Vegans are more likely to eat natural whole foods by default, and without exception, all the women I spoke to had a very good understanding of their bodies’ needs both before and during pregnancy.

Therefore, if you are vegetarian or vegan, don’t let the idea that we need animal products put you off sticking to your plant-based diet. And as there aren’t any vegan foods that are on the ‘no go’ list during pregnancy, you won’t have to give anything up either.

More articles to help with a vegan lifestyle

If you are considering or already following a vegan lifestyle then these articles may be helpful.

How to raise a vegan child to be healthy

Benefits of a vegan lifestyle

Myths about being a vegan

Mistakes to avoid on a plant-based diet

The Easy way to go vegan

Foods you didn’t realise were vegan but are! 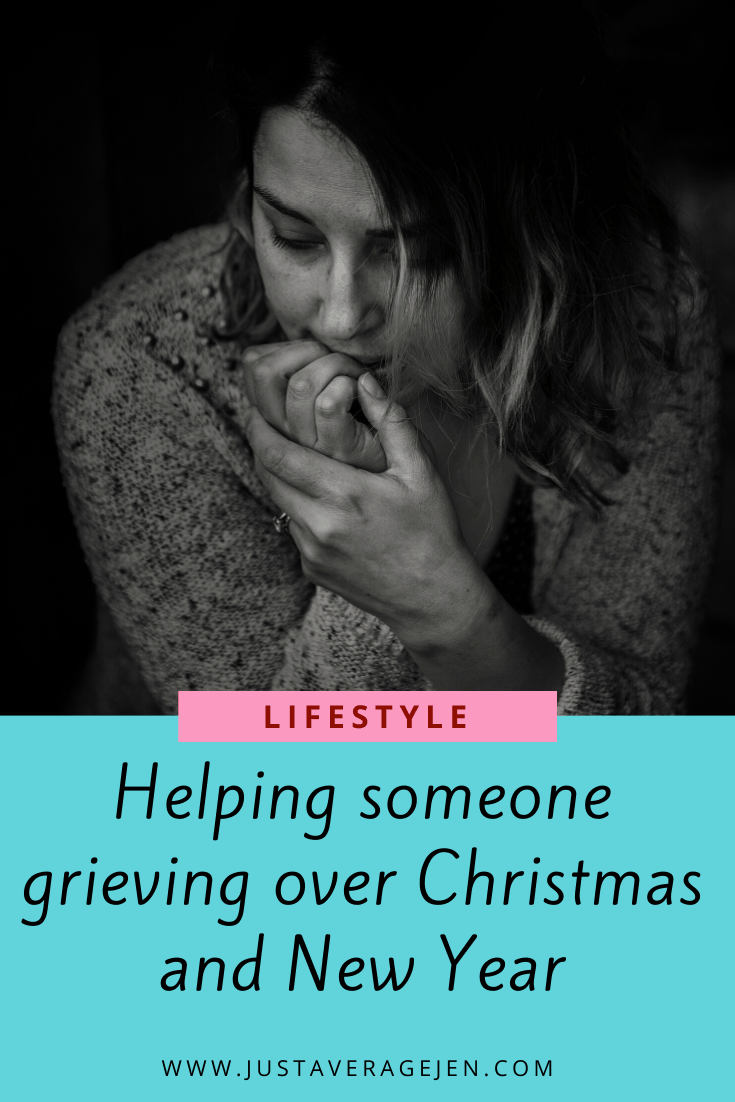 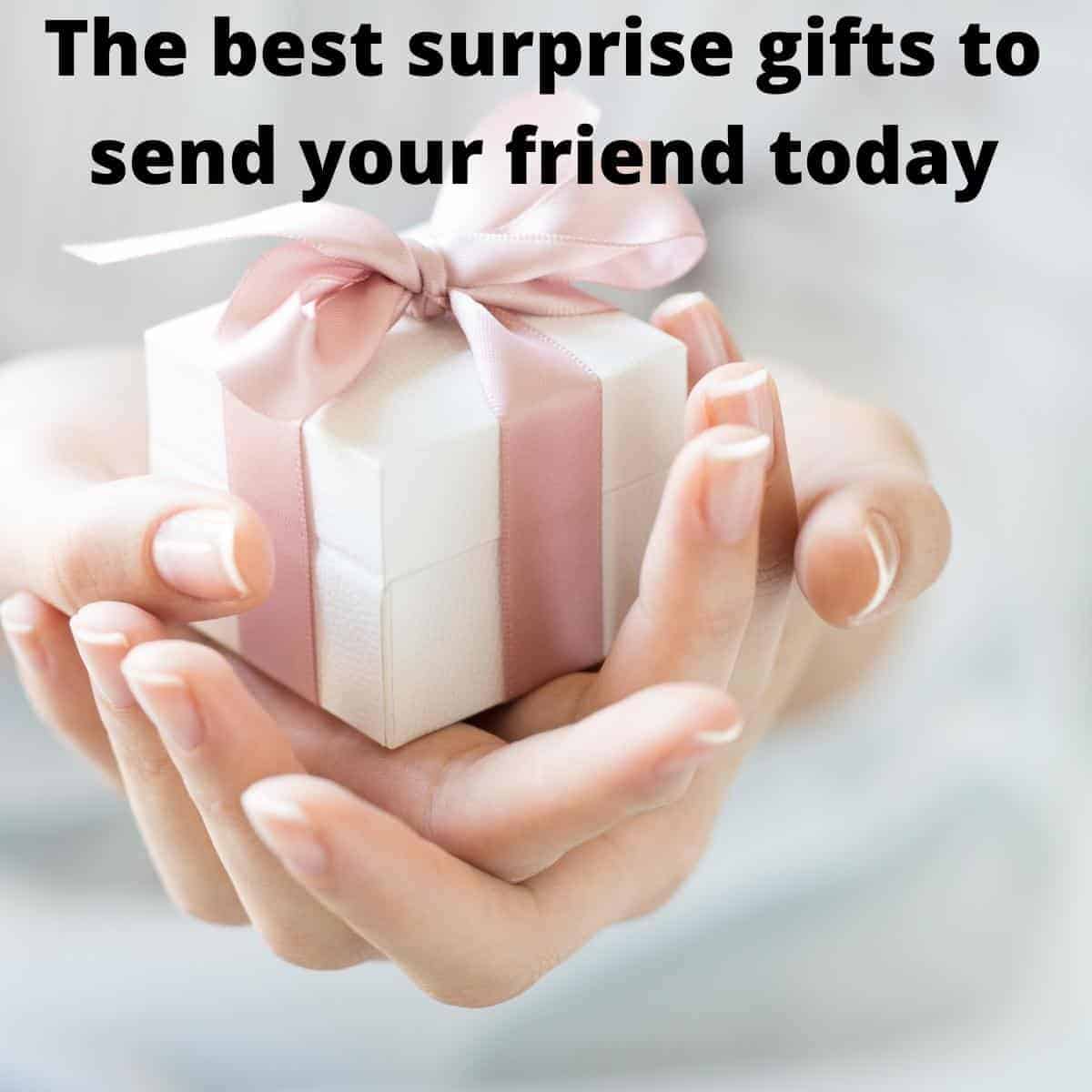 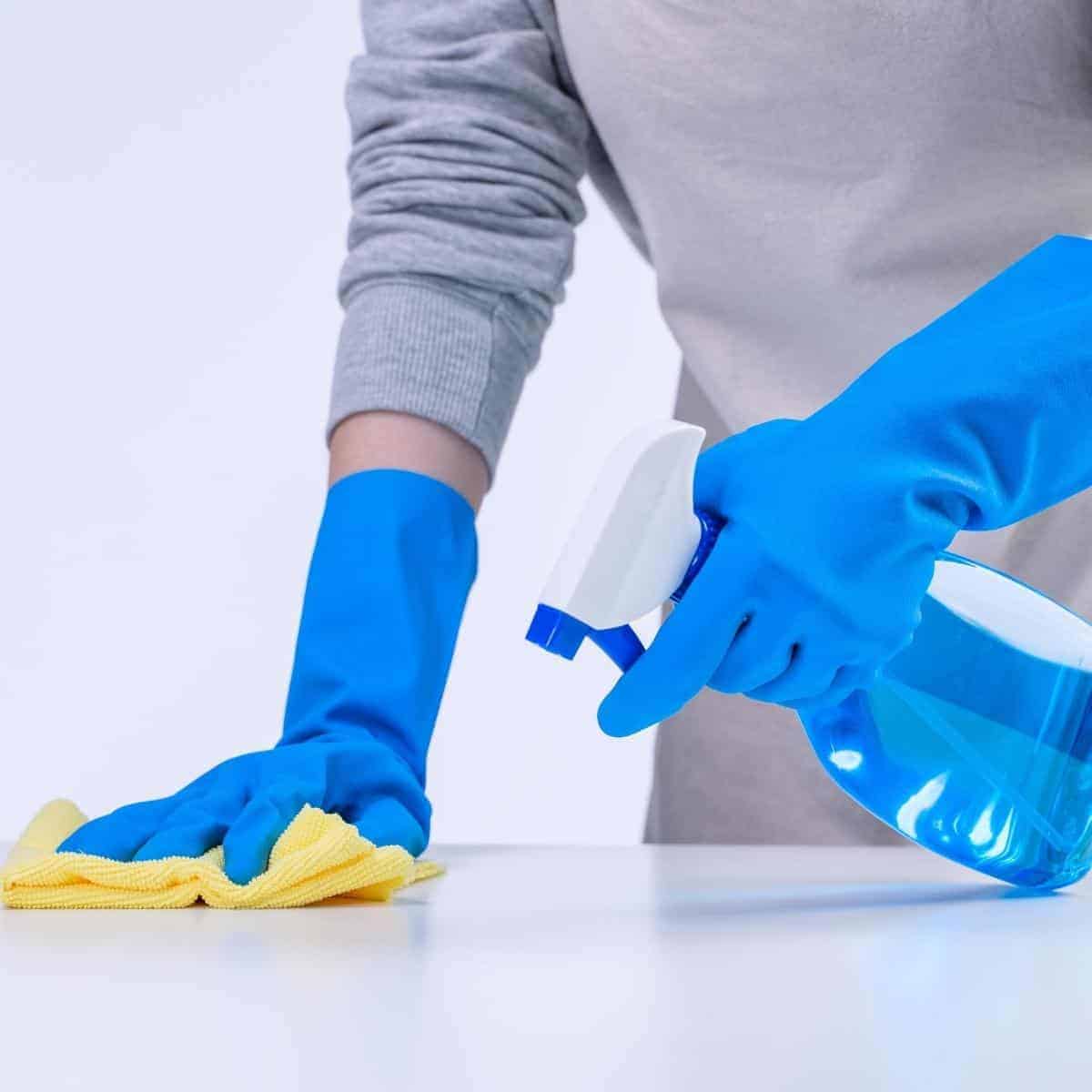 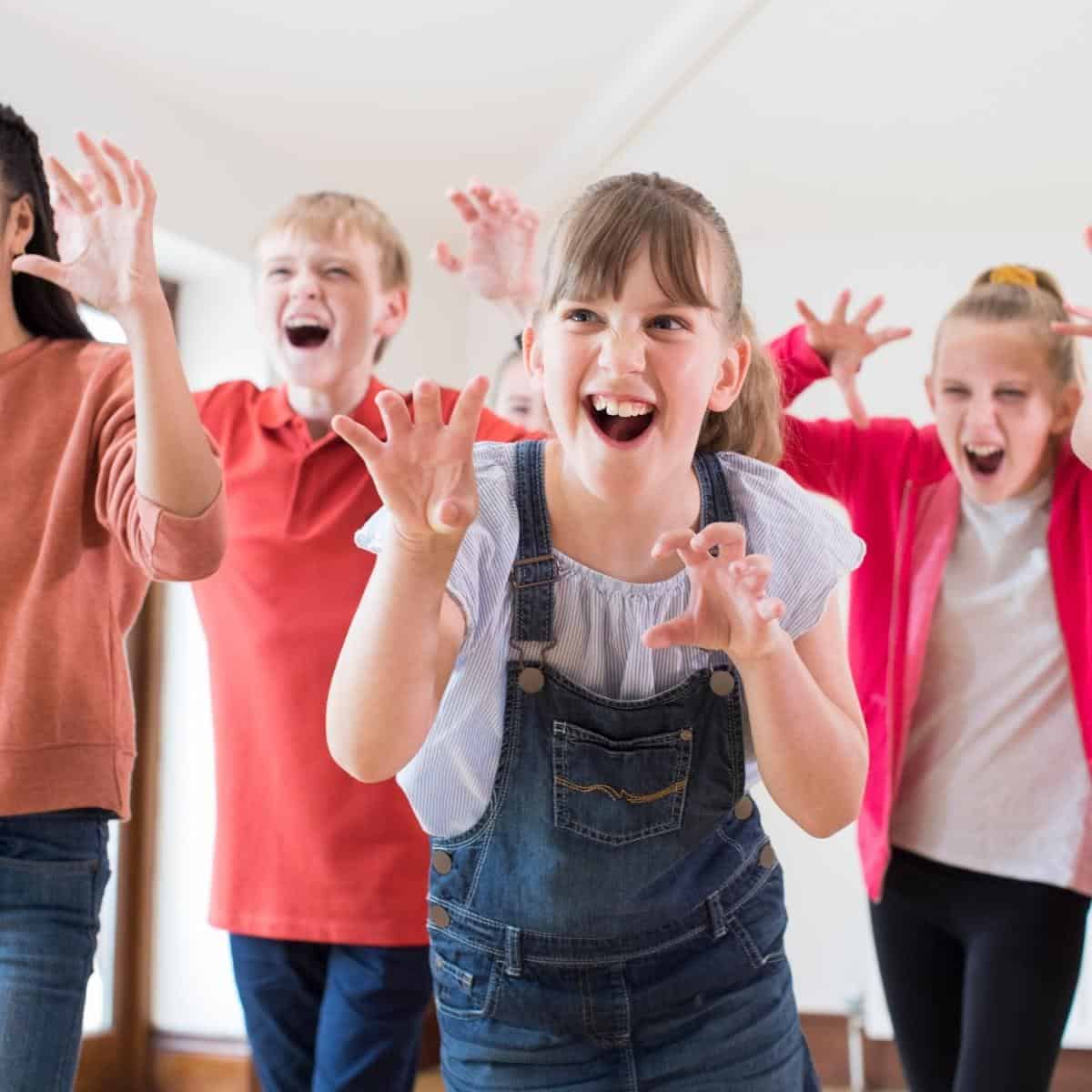 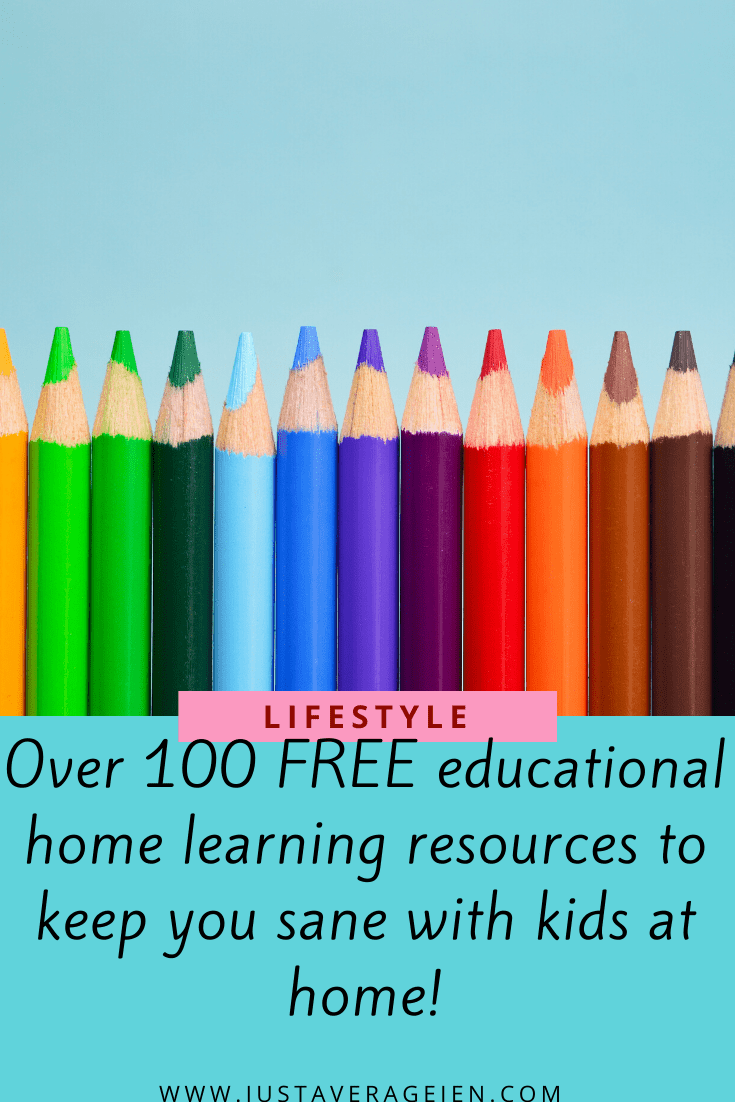